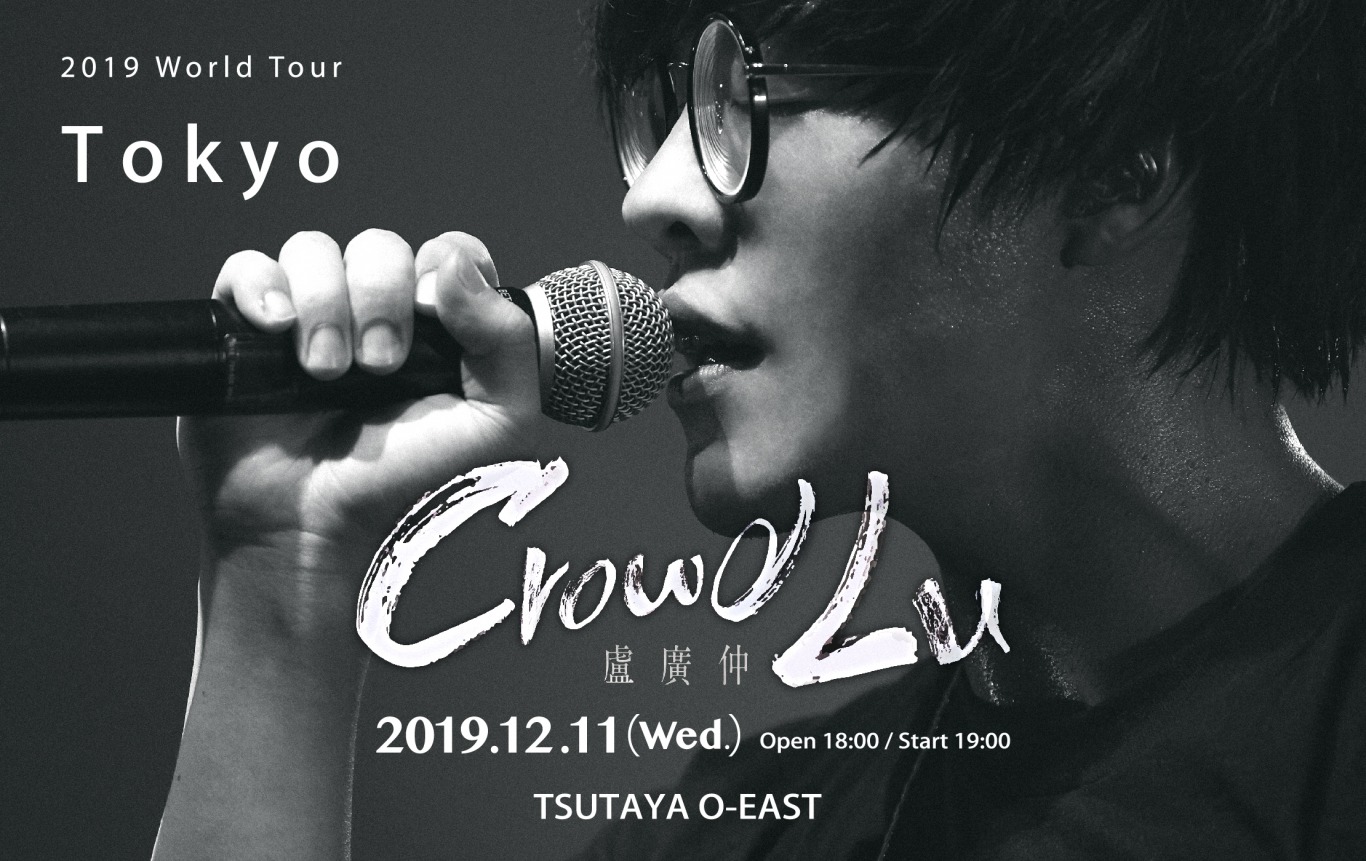 Singer songwriter, representative of the Greater China region, will be holding a long-awaited performance of Crowd Lu!

He is individual singer from Tainan, who is active not only in China but worldwide.
He is also very active in Japan, and appeared in festivals such as SUMMER SONIC, Kyoto Ongaku Hakurankai, and Nakatsugawa THE SOLAR BUDOKAN last year in 2018.
On 11th, both Mynavi BLITZ Akasaka and solo Billboard Tokyo will be sold out as solo performances.
The four-time guest performance will be held at Shibuya TSUTAYA O-EAST on December 11th, 2019(Wed.).