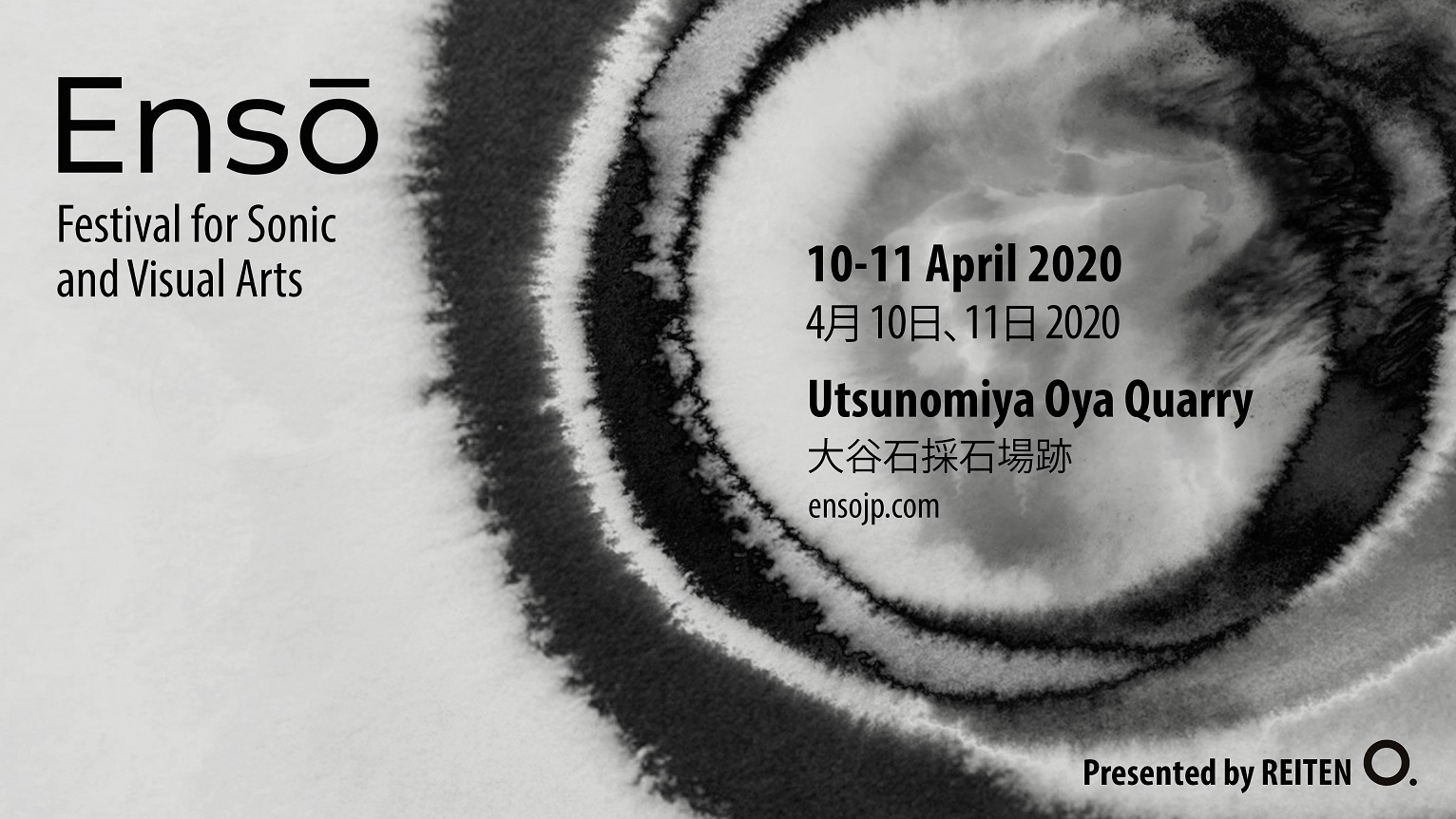 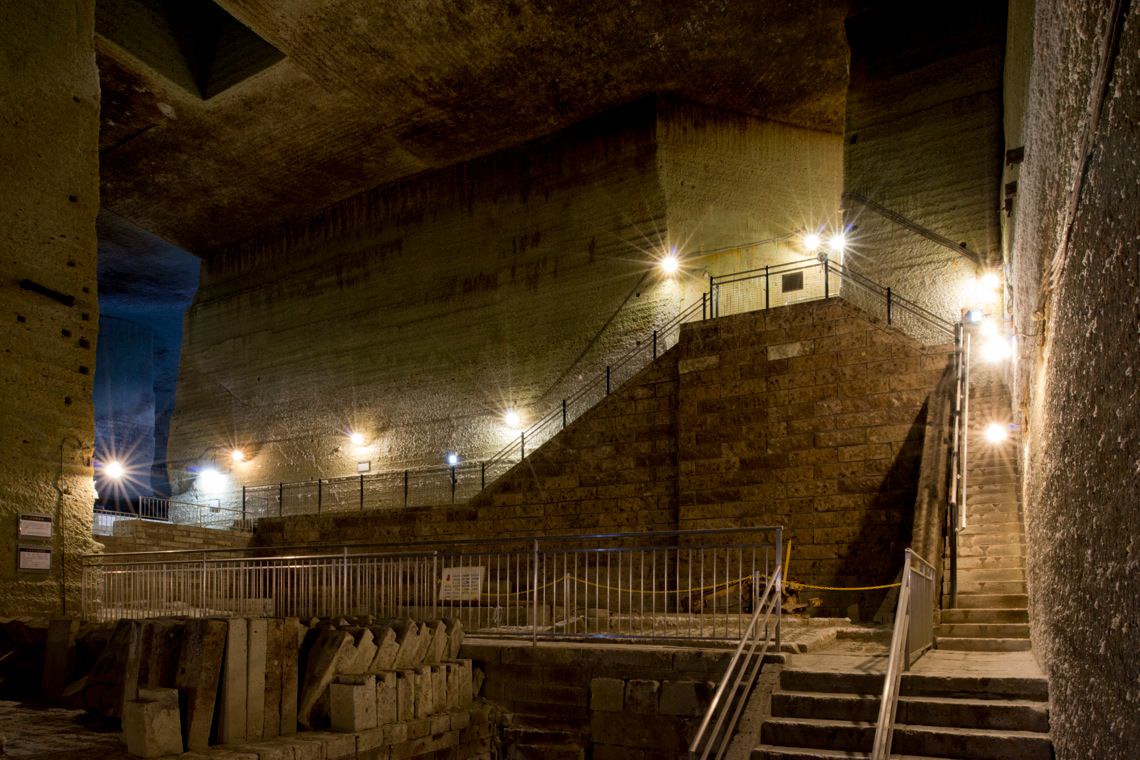 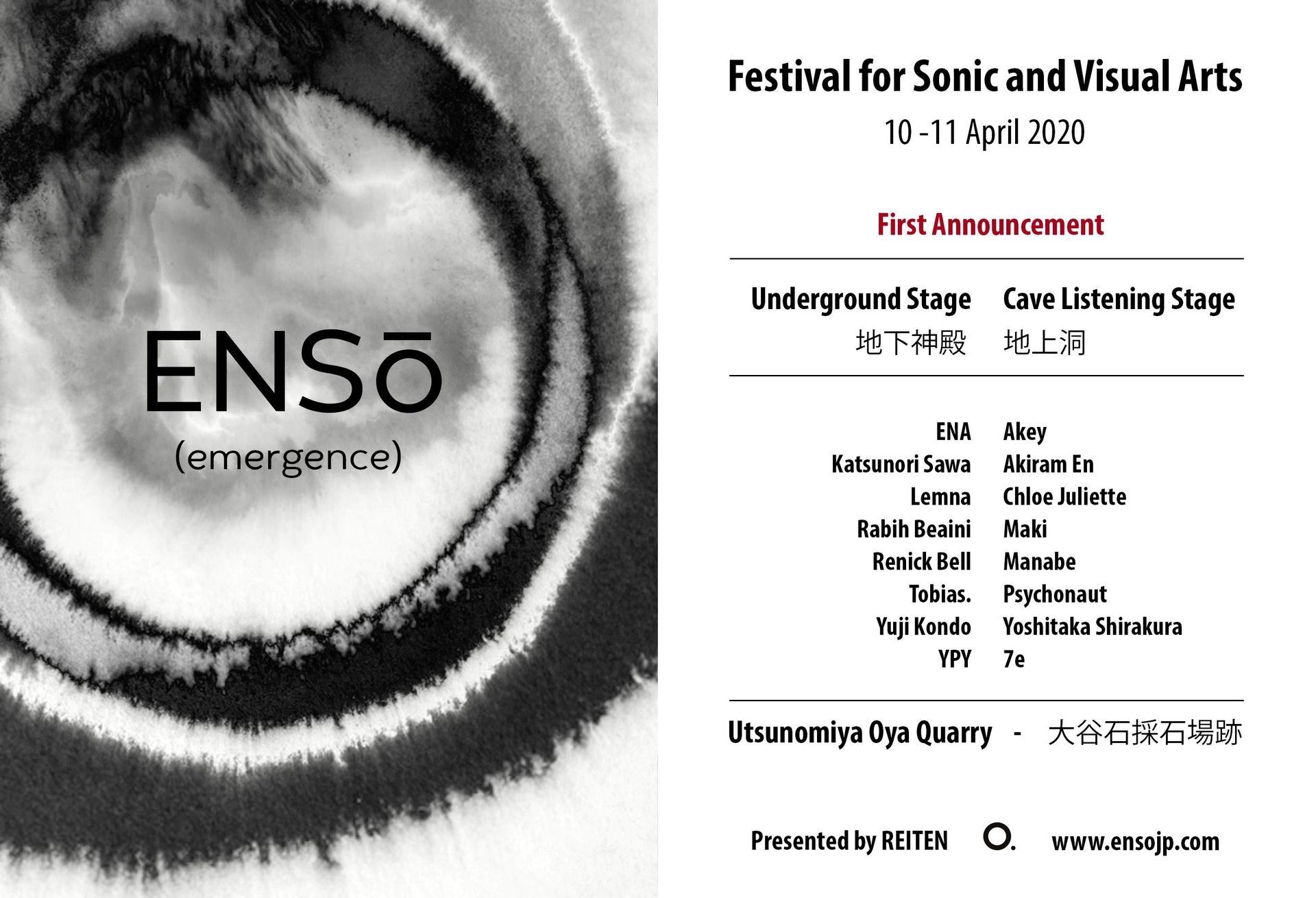 *EVENT CANCELLED
“A moment when the mind is free to let the body create.”

Ensō is an audio-visual festival produced by REITEN – the label of Japanese sound artist and producer Kosei Fukuda.
Conceived of as an annual event, Ensō aims to fuse electronic music and visual arts in experimental ways.
The first edition will take place in Japan on April 10th & 11th 2020.

Divided in two stages, the festival opens up a collaborative artistic field for exchange of aesthetic concepts between the participants. The main stage is curated by REITEN with exclusive focus on experimental live performances, each of which is selected to transgress the outer edges of electronic and acoustic sound. The second stage will host DJs and artists representing local club scenes, and is designed to create playful ambience that reflects their defining genres.

The festival takes place at The Ōya History Museum, a venue built inside an enormous former stone quarry in northwestern Utsunomiya, north of Tokyo.
The human-made cavernous chambers were originally developed there during the Edo Period. Ōya stone is an igneous rock, formed by solidification of magma, and amenable to exquisite architectural uses. A prominent instance is the facade of Frank Lloyd Wright’s Imperial Hotel in Tokyo.

This stone is famous also for its texture and capacity to absorb and diffuse sound. Its symbolism matters too. As lava flows following its ‘spontaneous’ course and absorbing whatever lies in its path, it eventually congeals, creating the durable object out of its mixed elements.

It is therefore not unlike an ensō drawing, or an improvised and recorded DJ set. Immerse yourself in the circle of Ensō.